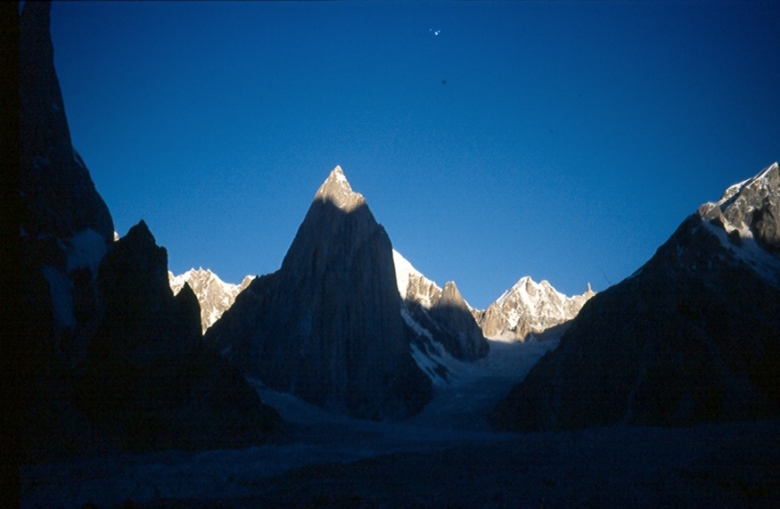 Summer 2006. Together with Thomas Scheiber, Matthias Auer, Karl Dung and Ambros Sailer, I’ve spent 40 days in Pakistan’s Trango Valley. During this time period we established two new routes, „Winds of Change“ on the East Face of the previous unclimbed Little Shipton (ca. 5400m), and a nameless mixed line graded M5 up Trango Peak (6545m). Furthermore we repeated a string of existing routes, including above all the first repeat of „Woman and Chalk“ on Shipton Spire.

„Woman and Chalk“ ascends the central section of the 1200m high East Face of Shipton Spire. The route follows a long system of cracks and corners, starting from 4250m. After 14 pitches you reach the „Bed and Breakfast“, a small platform just about big enough for two portaledges, followed by the three hardest and most beautiful pitches. Difficulties ease off considerably in the upper section.

As many will remember, the line was first ascended by Italians Mauro Bubu Bole, Mario Cortese and Fabio Dandri in summer 2001 but terminated on the crest. We established fixed ropes in the lower section and then carried out an alpine-style rush to the summit adding eight pitches of predominantly mixed climbing via the route „Ship of Fools“.

After only two days of rest, Thomas and I made a two-day alpine-style ascent of legendary „Eternal Flame“ on Trango Tower to the top of the pillar and junction with the British route but didn’t continue to the summit due to an incoming storm. We climbed the approach couloir above Trango Basecamp in the morning, continued up the eight pitches to Sun Terrace in the afternoon, and after a bivouac reached our high point in eight hours the following day, negotiating rock difficulties up to 7b and A2.

Elsewhere, Matthias and Karl attempted The Flame via the American route „Under Fire“, climbed by Brian McMahon and Josh Wharton in 2002. However, bad conditions prevented them from reaching the summit.

They then climbed the normal route on Great Trango and later made the second known ascent of Trango II (6327m). Starting early on August 19 and traveling light, the pair climbed the huge couloir on the southwest flank that falls from just north of the summit to the Trango Glacier close to Shipton Basecamp. At two- thirds height they headed up right through a mixed section to the final summit ice field (55° and M5). The last four pitches proved to be the crux. They reached the summit at 2 p.m., rappelled and downclimbed their line of ascent partway, before bivouacking for the night. Next morning they made it back to camp.

Lastly together with my buddy Thomas I made the first ascent of a ca. 5400m tower dubbed ’Little Shipton’. This is the triangular wall to the right of, and just beyond, Shipton Spire. Despite the uninviting appearance of the east face, we found perfect steep rock. The central part of the wall overhangs, and lack of cracks forced us to start toward the right side. After four pitches we traversed right to focus on crack systems on the ridge. One crack followed another, and after some wonderfully enjoyable pitches we reached the highest point. We rappelled the route using mostly flakes and blocks but also placing four bolts. We climbed the 550m, 14-pitch “Winds of Change“ (7a+) alpine style in six hours. 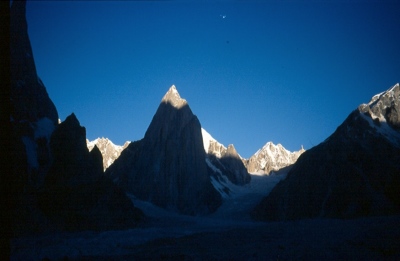 The East Face of Shipton Spire in the early morning light. © Archiv Auer 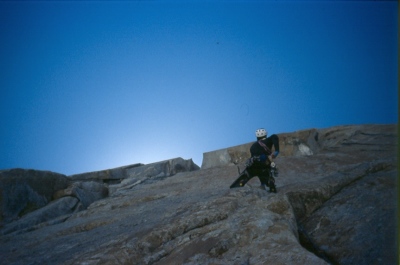 The crux pitch of ‚Woman and Chalk‘. © Archiv Auer 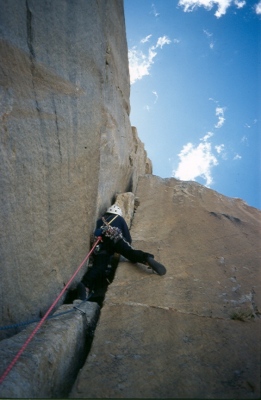 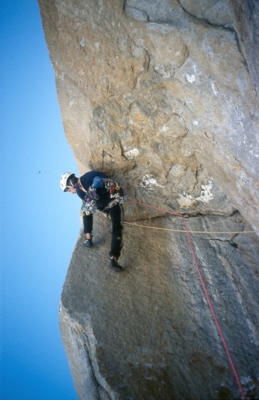 Thomas Scheiber, one of my greatest climbing partners. © Archiv Auer 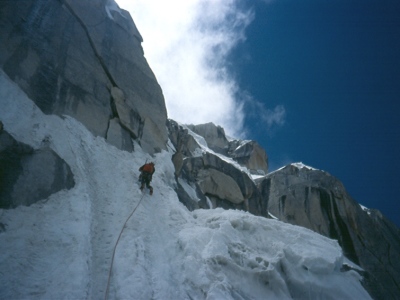 Finishing via ‚Ship of Fools‘ up to the highest point. © Archiv Auer 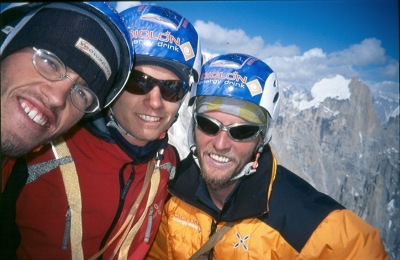 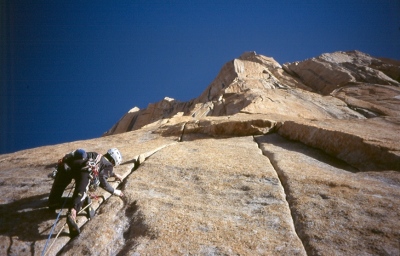 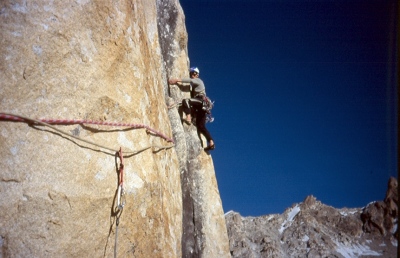 The crux on ‚Winds of Change‘ on Little Shipton. © Archiv Auer 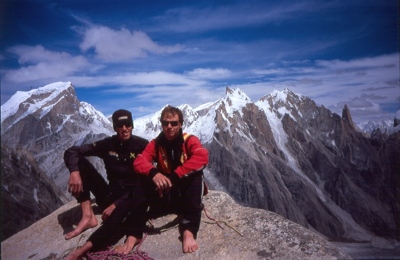 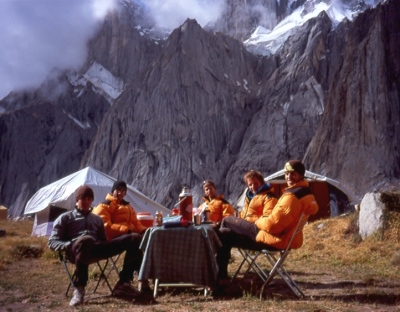