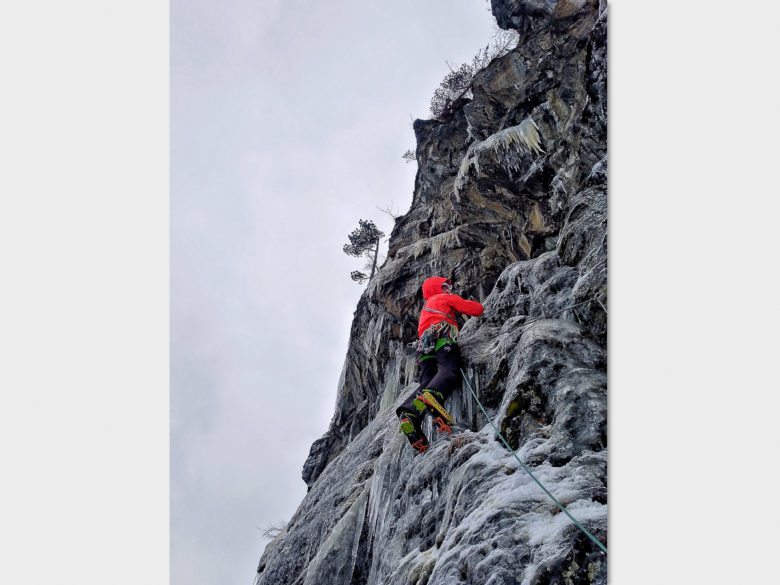 I carried out the new climb »Nordstau« (WI5-/M5) on 19 January 2018 with Tobias Holzknecht up Burgsteiner Wand, a 200m high face close to Längenfeld in the Ötztal valley. The route crosses and consequently uses two bolts of a summer route, but then continues independently via increasingly difficult terrain past some cool moves on ice, rock and frozen grass. Apart from the two initial bolts, the five pitches need protecting and we removed the only peg we’ve used. 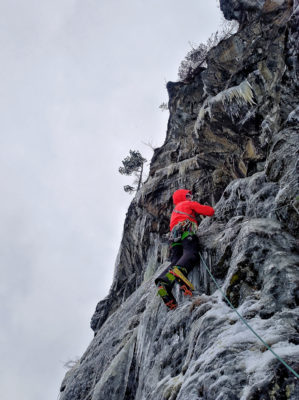 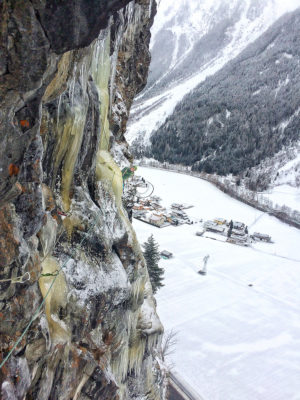 Looking back the crux pitch of the route. © Archiv Auer 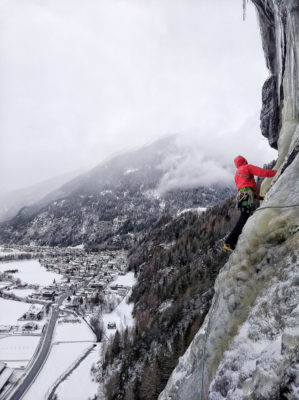 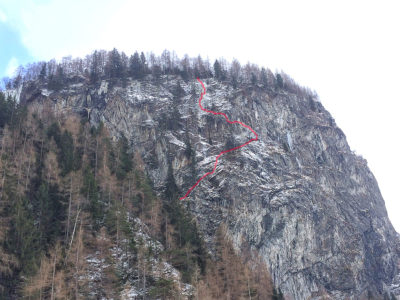 The line of »Nordstau«. © Archiv Auer

After having climbed the Northface of »Hahlkogel« four years ago in winter, the North Face of »Innerer Hahlkogel« has always been on my list of things to do during the cold season. Local climbers attempted it in the past, but the problem is that the face is really slabby, never particularly steep. It’s hard to find good ice conditions, and much of the climbing is on slabs, past thin cracks or small edges. Simon Messner and I repeated the climb »Untauglich 02«, a summer route graded UIAA VII- which I freed in 2002 with Matthias Nössig. We came prepared for a bivouac, but in the end we managed to climb the face in a single day. 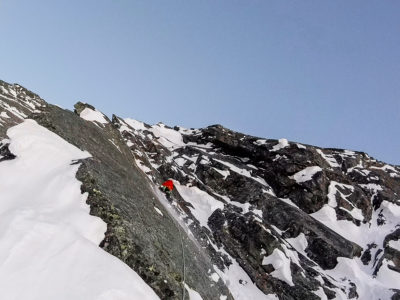 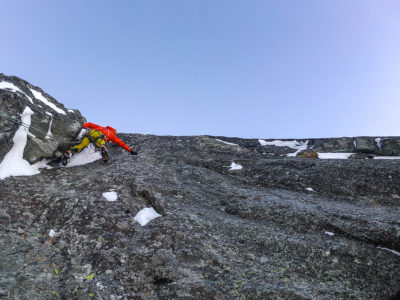 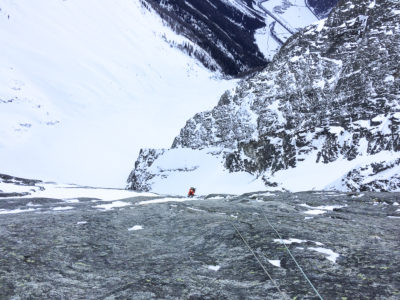 Looking down the most scary pitch. © Archiv Auer 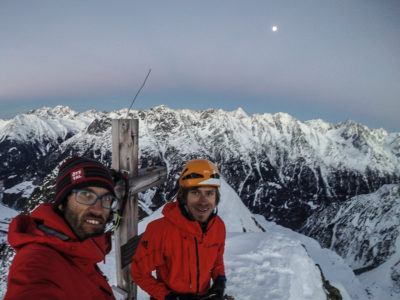 Enjoy 60 seconds of this adventurous climb. 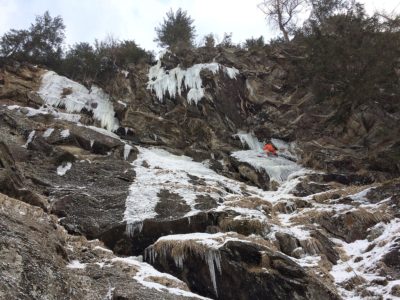 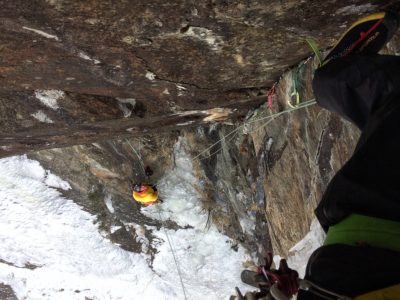 Looking down the perfect corner on pitch two. © Archiv Auer 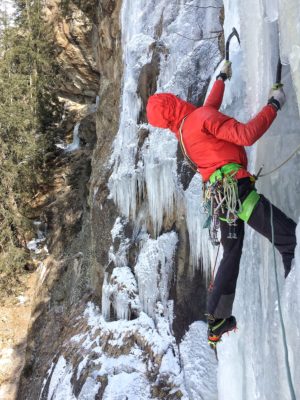 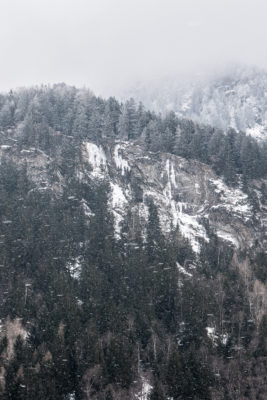 A thin line of ice on the Southface of Achplatte. It forms very rarely and I had noticed it coming into condition a few days before. I know the wall from summer and in 2005 I also established a new rock climb on it. I knew therefore that the actual climbing wouldn’t be too steep. Initially I actually didn’t want to take any other gear with me (rope, harness, ice screws), since at the end of the route you can descend by traversing rightwards along a ledge. But as I set off from the car I decided to take a rope with me, because through my binoculars it seemed as if the ice was very thin.
I completed the approach and then I started climbing. After the somewhat easy but snow-covered slabs the terrain started to become steeper and the climbing more difficult. The line of ice was more frozen snow than actual ice. Soloing the final ten meters weren’t particularly easy but I simply thought that the difficulties would soon ease off. All of a sudden I found myself on a small ledge: I couldn’t go up or down, in particular because I was climbing solo. Thank God I found that tiny stone, frozen in the ice at the height of the small ledge. I decided to rappel off it, for about 30 meters, down 80° terrain. Then I found an easier exit to the left and climbed this to finish the route. 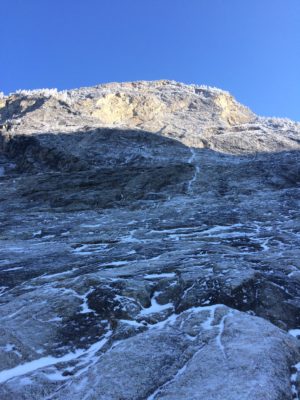 The south face of Achplatte in Ötztal. © Archiv Auer 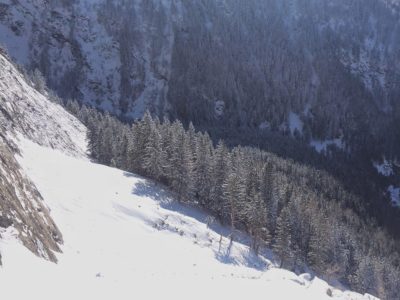 On the way down. © Archiv Auer

Note to Video: After each climb there is always a story to tell and near misses are naturally the most intense. But obviously I don’t go climbing to produce stories of this sort. In hindsight I’d say yes, I was little naive thinking it would soon get swallowed up in the internet. I pressed record and shared it because I simply though that this isn’t something I’ll be doing every day. And things that aren’t seen or done every day are the things I prefer to share. I’m totally honest about this. But seeing the reactions and the number of views, maybe I should have just shown it only to my closest friends, nothing more.