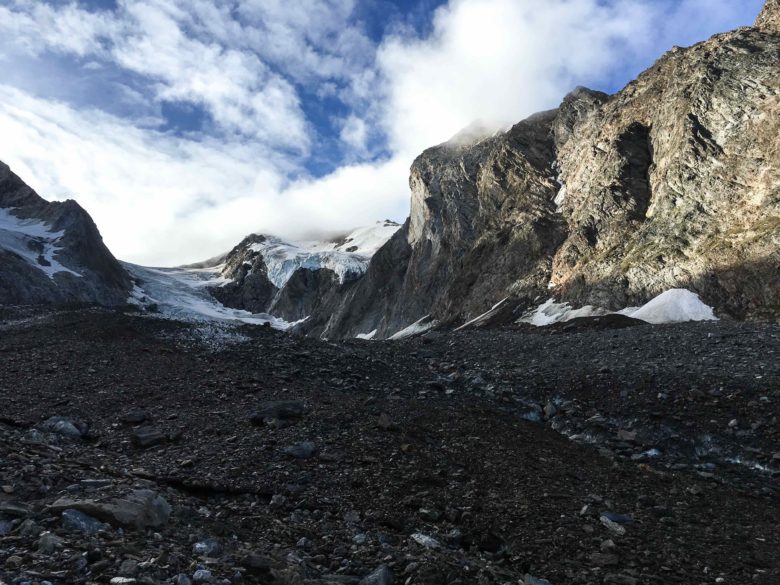 The loss of the Demantoid

Together with Alex Blümel I established ‚The loss of the Demantoid‘, a new alpine multi-pitch rock climb up the Kristallwand face on Kirchkogel (3280m) in Austria. This route we dedicate to our late friend Gerry Fiegl.

The 3280m high Kirchkogel in the Ötztal Alps is not really well known. But if you walk up the higher Gaisberg Valley it’s north face catches your attention immediately. Surrounded by a great glacier landscape the Kristallwand rises above your head. A steep rock face well hidden, which is mainly characterized by chossy rock, just a few obvious lines and a really steep overhang. Ever since I climbed the first two routes of the wall in 2012 and 2014, I had always wanted to go back to find a free climbable line.

I looked on the left part of the wall, where the rock is perfect. The only thing that kept me from doing it was that it’s pretty close and compact. So opening the route with minimum bolts was the hardest thing of my recent adventure on this wall. But my first visit this season was really promising and already after that day I knew, that working on this route will be a lot of fun and it was exactly the thing I was searching for.

After three days of opening the line and one day of checking the hardest pitches, I grabbed the free ascent on August 19 with difficulties up to 7c+. After all what happened to Alex and me on Nilgiri South, we thought that ‚The loss of the Demantoid‘ is a great name for the route. A ‚demantoid‘ is one of the most precious gemstones that exist.

There is an interesting fact around this face: The Kristallwand had been first attempted over 70 years ago by legendary Austrian alpinist Hermann Buhl and since then nobody else tried to climb it. When I came there in 2012 to open the first route, I found his piton where these guys abseiled off. 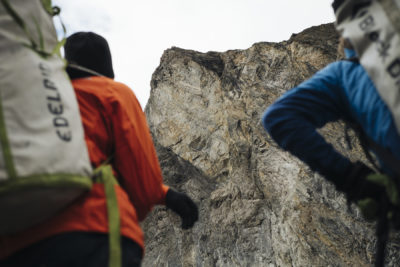 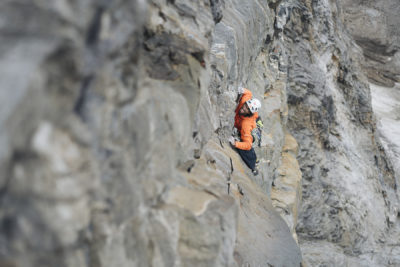 Most of the time, the rock quality is simply perfect. © Elias Holzknecht 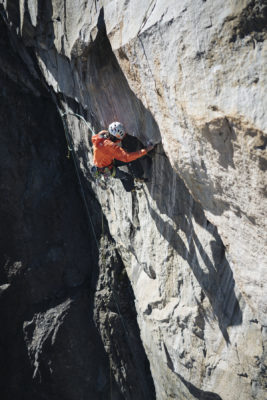 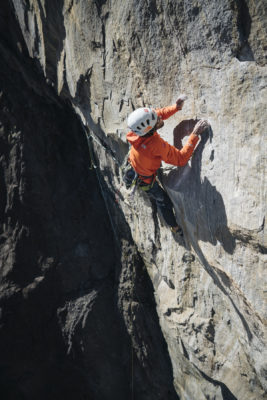 … and over the lip. © Elias Holzknecht 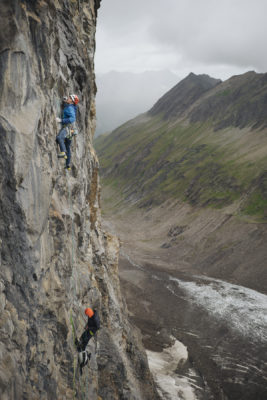 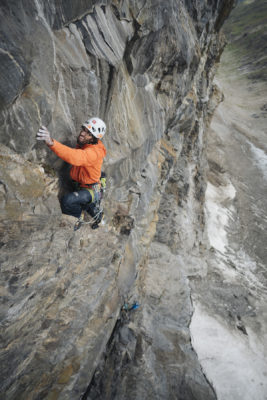 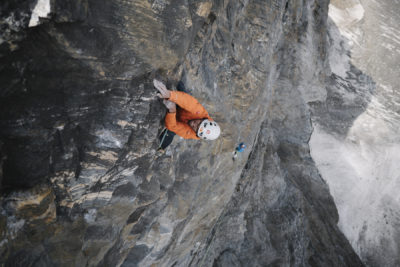 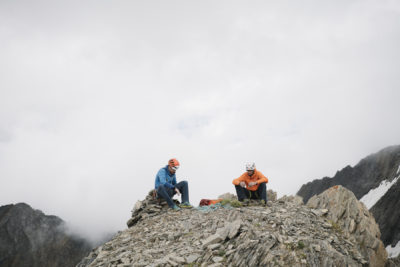 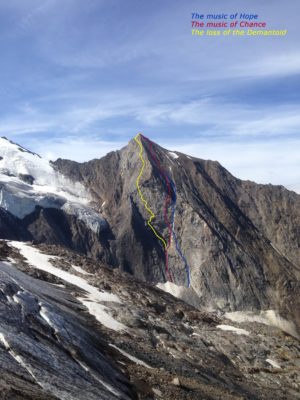 The routes on Kristallwand. © Archiv Auer 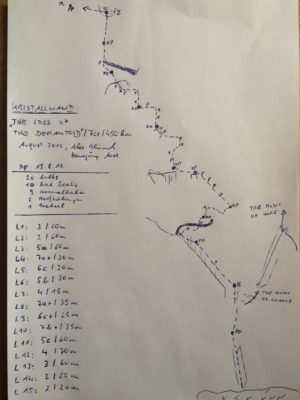 Protection is good, the grading is stiff, have fun. © Archiv Auer

Short edit of opening ‚The loss of the Demantoid‘ on the steep and wild Kristallwand: