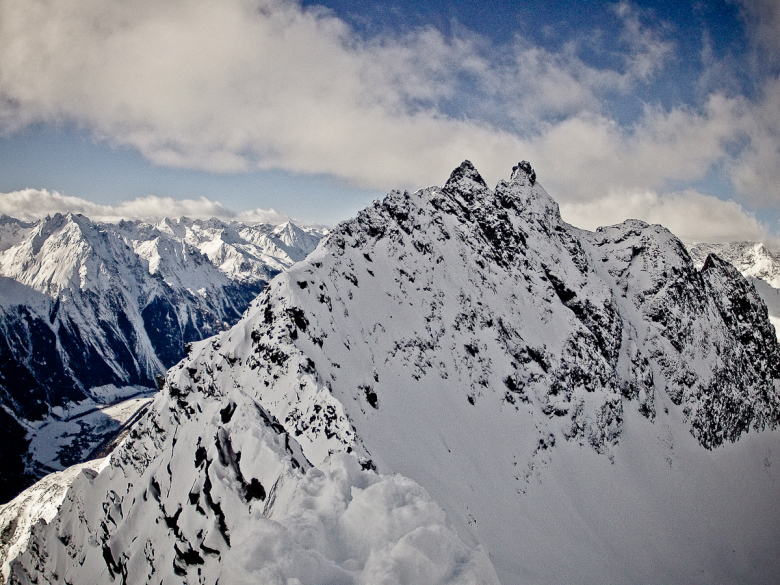 I was not expecting such a hard time while completing a project, which was a long cherished dream of myself.

In general I’ve always many climbing projects in my mind. Instead of having a clear structure of doing next I’m more trusting my inner voice to find out where I want to put my energy. It often happens that I wake up in the morning and feel this strong power which drives me of doing something on my limit. And from time to time I get the desire setting off alone to act out my feelings and emotions at it’s deepest and to get happy.

Since I’ve heard that legendary Reinhard Schiestl climbed a really long and sustained ridge traverse in my home mountains in winter back in the late 80’s, I always wanted to repeat his achievement in same style. I just couldn’t find the right moment and motivation to pull myself together, pack the backpack, take the headlamp and go.

Ridge climbing is one of the most exhausting things you can do. To do this in winter and alone is a completely different game and requires a lot of mental strength not to mention the physical shape and climbing abilities you must have. The feeling of connecting summits over asthetic lines, mostly on the direct and exposed way is simply inspiring.

From the 12th to the 13th of February I managed to climb from Gamskogel (2813m) to Wilde Leck (3361m) in the Stubai Alps along a 10km long ridge with difficulties up to UIAA grade 4. I want to make no bones about it and it may sound exaggerated to speak about a big achievement, but in the end this project pushed me once again to my limit and I was so close to give up. Many cornices and not the best conditions forced me to fight really hard. After I’ve stood on the last summit I decided to abseil down it’s southface. Normally it’s pretty easy and you just climb down but as the wind was getting stronger and stronger the whole face was covered in ice within short time. Having only a 5mm 60m rope which was getting shorter and shorter as I had to cut off many slings and close to puke, I was really relieved to reach the glacier 2,5 hours later.

As it was getting dark on my down the Sulztal Valley just on the last steep slopes I saw someone coming towards me. It was my brother Matthias who came up with a Coke to give me support during the last hours of the 24km round trip. Maybe he’s the only one to qualify what I went through over this 40 hours push, not only because he is my brother. 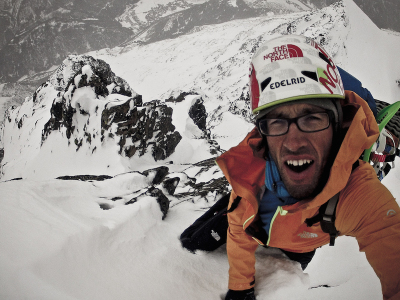 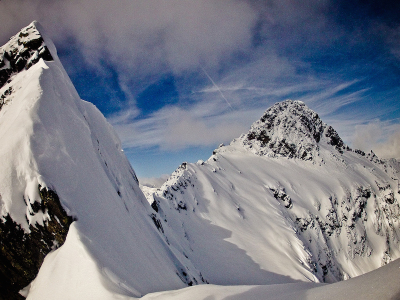 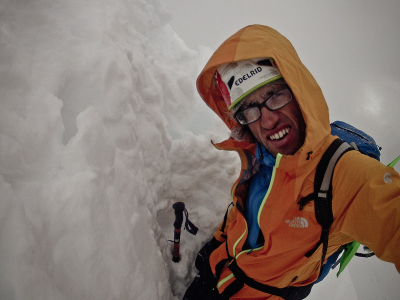 Sometimes I struggled with the bad conditions. 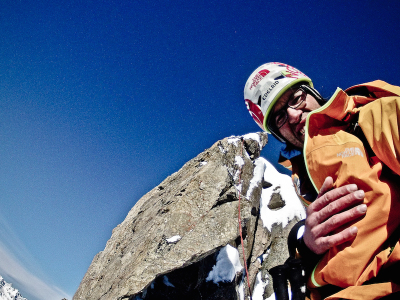 Luckily the weather got better on the second day. 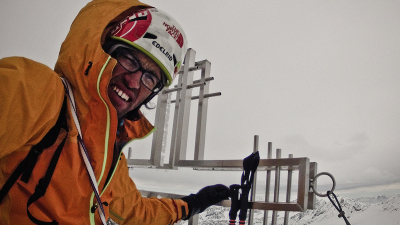 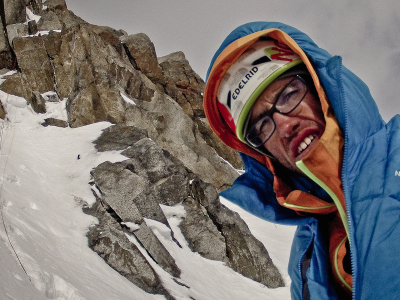 Exhausted after reaching the glacier and the epic descent via the Wilde Leck Southface. 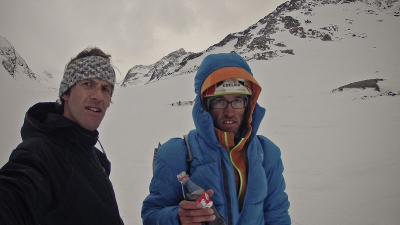 So happy that my brother came up to join me on the way back to civilization. 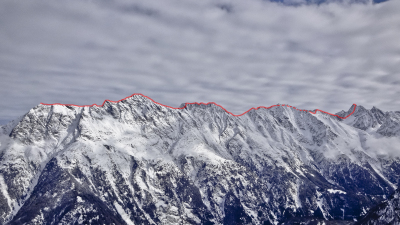