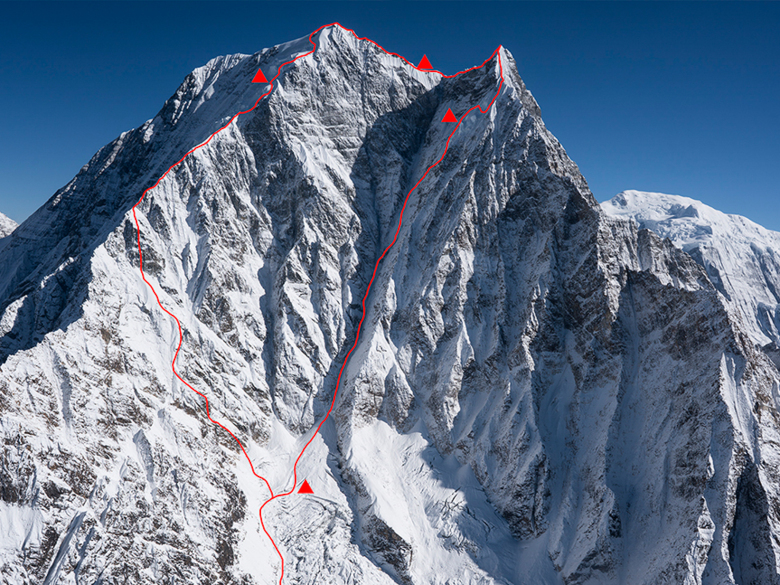 From October 22 to October 26 Hansjörg, together with Alex Blümel and Gerry Fiegl, successfully made the first ascent of the 1500m high Southface of Nilgiri South (6839m). This is certainly one of the finest ascents of the season in the Himalayas and a long waited project has finally been realised.

Nilgiri is located in the Annapurna massif in Nepal. Comprised of the North, Central and South Summit, the South Face rises directly from the glacier starting from 5400m up to 6839m.   The Expedition started on October 5 and following a tricky and steep approach to Basecamp, the team immediately started the process of acclimatization. After spending two nights up in advanced basecamp at a height around 5300m, the conditions allowed for an immediate first attempt of the peak.

“Out of his eyes shined the brightest light when we all reached the summit together. What happened next was one of the darkest moment in my life.”

Hansjörg, Alex and Gerry climbed a line on the right side of the face, via the previous unclimbed Nilgiri Spire (6780m) and then by traversing up and down on the spectacular and exposed ridge, they reached the summit of Nilgiri South at 11am on October 25. It was the first ascent of this face and only the second ascent of the South Summit itself since the Japanese First Ascent in 1978. The team’s descent via the previously unclimbed Southwest Ridge was more technical and difficult than they had expected and at approximately 2pm on the 26th of October Gerry Fiegl sadly took a fall from which he did not survive.

„When an good friend falls and dies in front of you, that’s when everything else loses its importance. Our expedition could not have ended worse.“

Nilgiri South was first climbed on 10 October 1978 via the East Ridge by a Japanese expedition led by Kazao Mitsui. The formidable South Face and SW Ridge had been attempted unsuccessfully on various occasions by Japanese, Czech and Slovene expeditions and the new Austrian route, climbed with three bivouacs during the ascent and one during the descent with difficulties up to M5 90° ice, is only the second ascent of Nilgiri South. It is probably one of the most important Himalayan ascents this season, unfortunately though overshadowed by the tragic loss of Gerry Fiegl in descent. 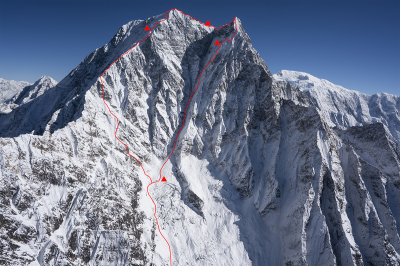 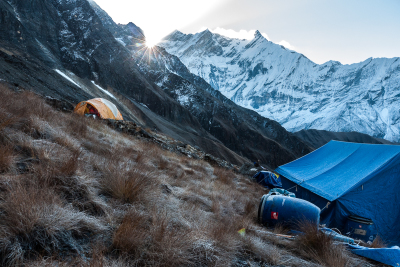 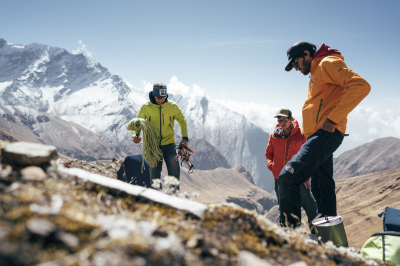 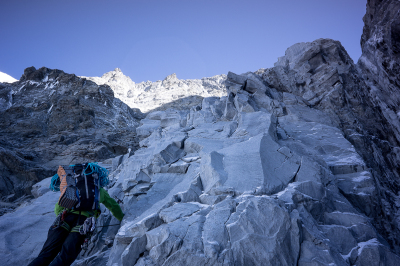 Figuring out the way on the lower part of the route with the steep Southface above. © Alex Blümel 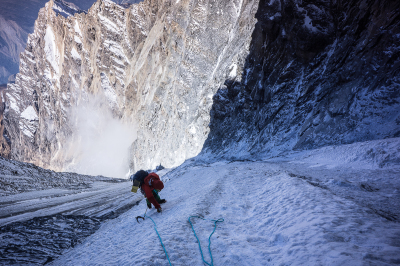 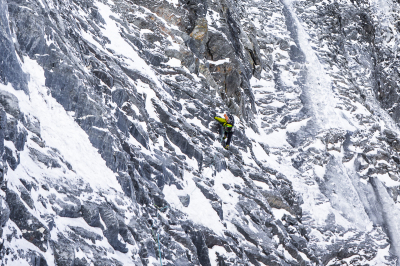 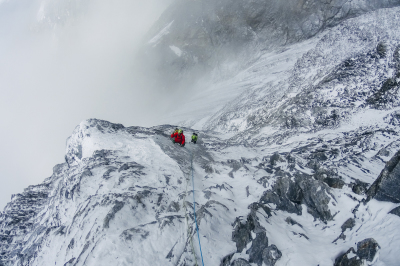 Climbing on day one at around 6200m. © Hansjörg Auer 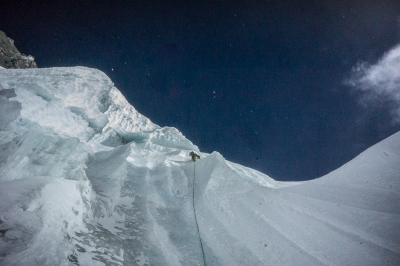 Leading the last pitch on the big serac at around 6.500m on Nilgiri South. It was already late afternoon and we were still not sure where to find a spot for the bivy. © Alex Blümel 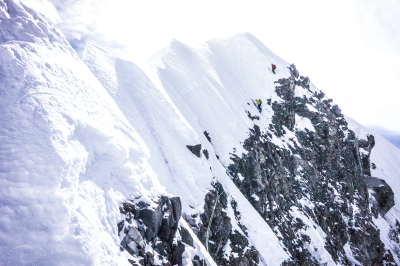 The climbing on the North Ridge of Nilgiri Spire (6780m). © Alex Blümel 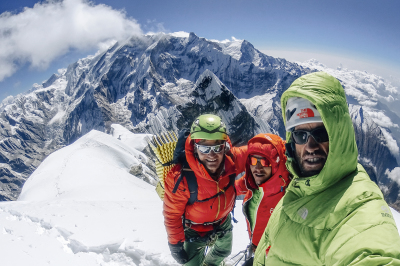