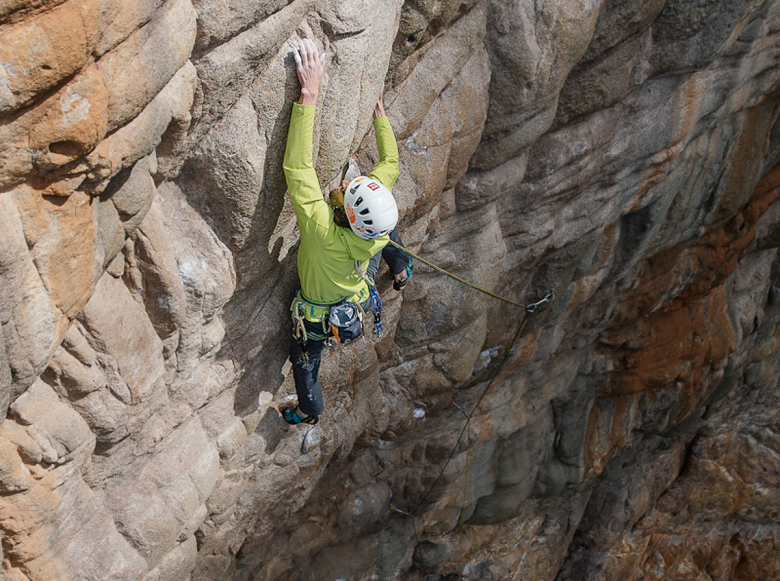 On March 20, me and my buddy Much freed our new 400-meter route up the granite Westface of Corsica’s Capu Cascioni (1091m) at 8a, calling it „Le Petit Prince“.

The mediterranean Corsica is a place with lots of world-class granite walls, some of them big, some very small, but always incredible because of wind-shaped tafoni features. The atmosphere of the island is similar to a sparsely populated southern France – small villages, tiny roads located in a pretty wild and unexplored landscape. The northeast coast, the place of the new route, is not really known for alpine multi pitch climbing and the quality of the granite makes the climb really unique.

We spent three days wandering around the area in September 2014 in search of a challenging new line. In the end we set our sights on Capu Cascioni, acting on a tip-off from Corsica expect and Frenchman Arnaud Petit. Starting from the ground, we spent the next three days preparing the route. Unfortunately we ran out of time and had to go back home. The plan was to return a few weeks later, but when I crashed while paragliding I knew that we had to postpone the trip until this spring to recover.

Finally this March we conclude unfinished business and, in-between dodging the raindrops, we spent one more day completing the route, than worked it a further two days before grabbing the first free ascent. We protected the often-overhanging route with natural gear and 12 lead bolts (excluding belays) over the course of 12 stout pitches. 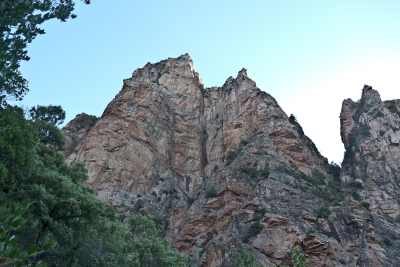 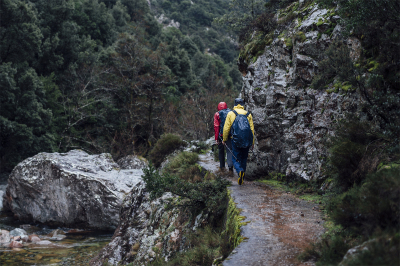 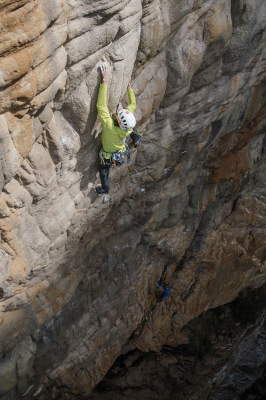 High up on the crux pitch © Elias Holzknecht/Woodslave 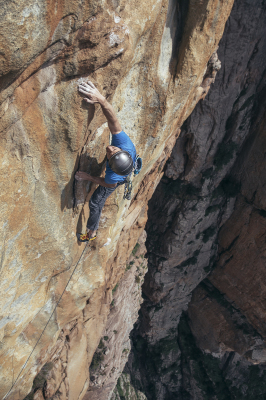 Much in his element © Elias Holzknecht/Woodslave 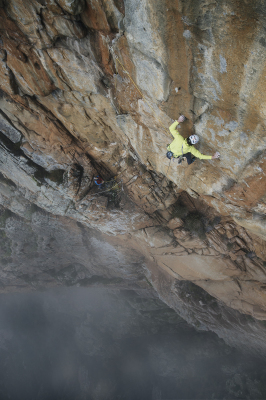 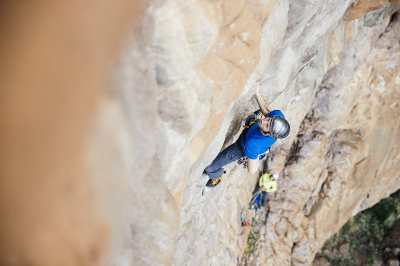 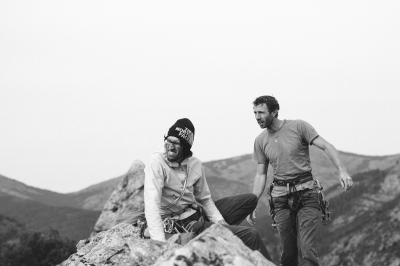 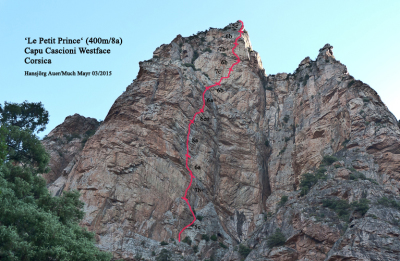