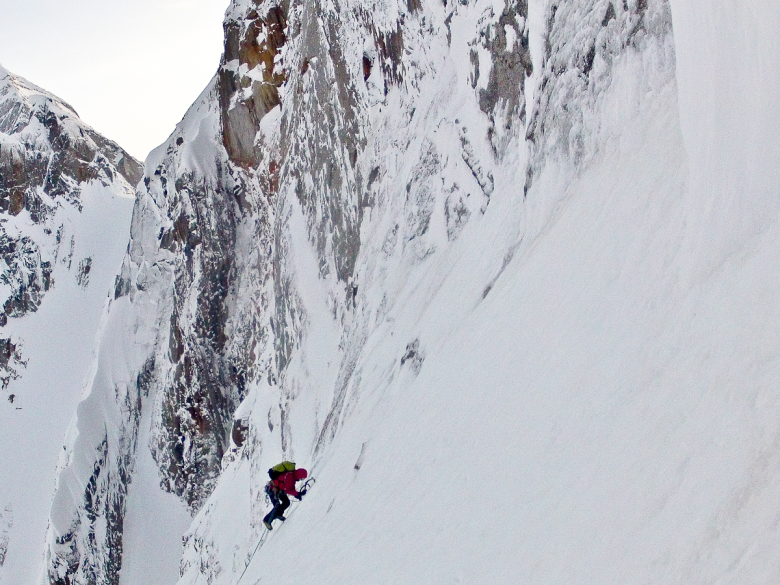 The mountain, located in the Neacola Range, rises with a stunning 750m high north face from the massive Pitchfork Glacier. The summits of this range are not as high as those in the nearby Revelation Mountains or the well known Ruth Gorge, but therefore the glaciers are going down lower which implies that the faces are still up to 1000 meters high. With three different projects in mind, I left my home beginning of May. My longtime friend and climbing partner, Much Mayr, joined me.

From the start, we got to know the unstable weather that this range is well known for, and the blue sky that greeted us upon our arrival only lasted for a day. After warming up on a rock pillar next to our base camp, where bad conditions forced us to retreat after around 400m of climbing, an intense storm kept us camp-bound. What followed were more than three days in the white out, constantly freeing the tent from snow, and I already thought that this wouldn’t be the luckiest trip. Living on the glacier, 100 of kilometers away from civilisation, demands a strong belief, and a great friendship to keep high spirits and good vibes.

To further complicate the matter, the temperatures were higher than we expected. Our objective was in tricky conditions, but anyway – after a day of checking out the approach we decided to give it a go. I knew that we need to be super light and that we have to try the climb in less than ideal weather, to avoid higher temperatures on the face.

In the end we did the climb in a 12-hour push from camp to summit and back, staying on top for less than five minutes because heavy clouds were coming in. Lots of spindrift due to strong winds higher up and some really challenging steep pitches with bad protection challenged us a lot. While I was leading the crux, where a fall was out of the question, it suddenly occurred to me that this route might be in the “knife-edge” category. Some of the belays were on our ice axes only, the ice was mostly just plastered onto the blank granite, and it really couldn’t have been any thinner otherwise our alpine style attempt would have ground to a halt. 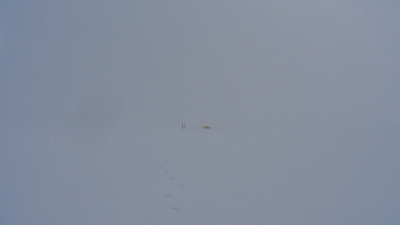 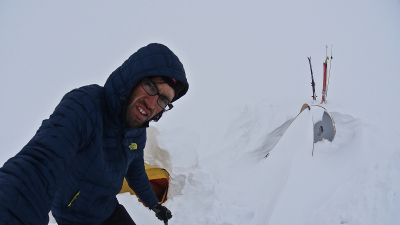 During the intense storm © Archiv Auer 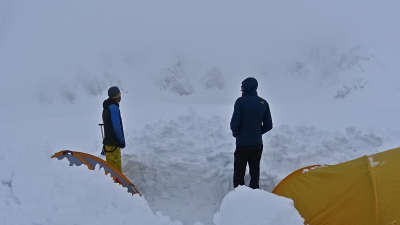 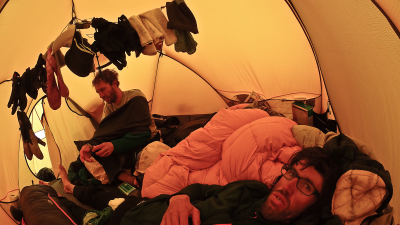 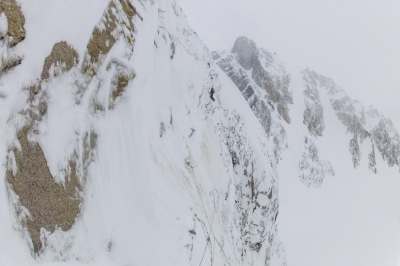 Challenging conditions on the lower part of the face © Archiv Auer 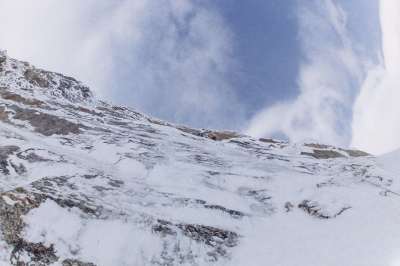 Me nearly at the end of the crux pitch © Archiv Auer 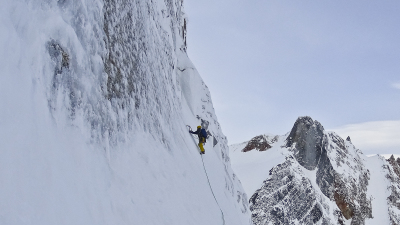 Not an easy undertaking © Archiv Auer 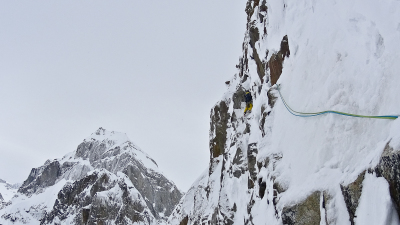 Much leading high up on the wall. Citadel in the background © Archiv Auer 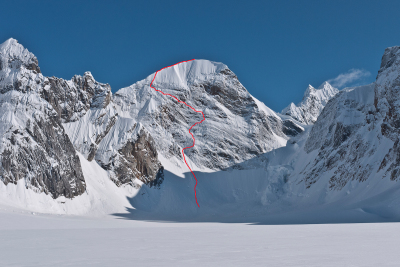 Mount Reaper and the line of ‚Sugar Man‘ © Archiv Auer 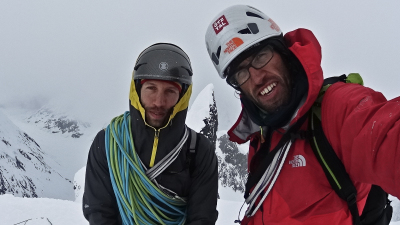 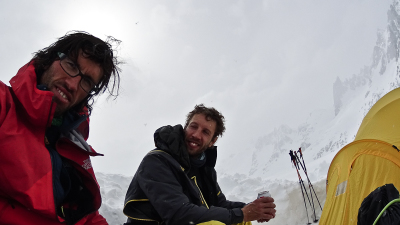 Back in Camp after first ascending Mt. Reaper © Archiv Auer