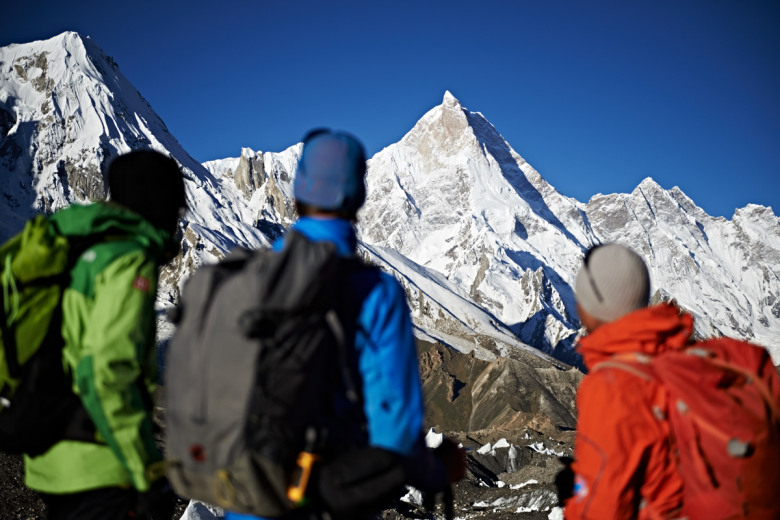 Flashback. An Austrian Expedition, led by Robert Renzler, climbed the Northface of Masherbrum in 1985. They started from Mandu Valley, got over some pretty scary serac zones and summited as a team of three on July 24. Andreas Orgler, Michael Larcher and Robert Renzler opened a great line. “I will roll the stone up to the summit. A stone formed out of ambition, self-awareness and love for the adventure.”, was the title of their written report afterwords.

My family had somehow a special realtionship to this expedition because one of the members, Christoph Rimml, grew up in my home village Umhausen and was a good friend of my father. Together they competed at skimountaineering races in the early 80’s. Unfortunately Christoph is no longer with us, due to an avalanche accident 14 years ago.

Always I’ve dreamed about this mountain. Even more during my Trango Valley Expedition in 2006. Every morning I saw Masherbrum when I opened my tent in Basecamp. A mountain which is hard to beat in beauty. Until now, the Northeastface remained unclimbed and is without doubt one of hardest challenges in the Karakorum. Not only the massive headwall, a monolith on it´s own at 7000+ meters, makes you feel really small and humble.

Unfortunately there is not so much to tell about this years attempt. In the end Peter, David and I didn’t succeed in doing the first ascent of the unclimbed face. There are no excuses. This project is simply a different league in terms of climbing difficulties, complexitiy and the dimensions itself.

We acclimatized on Broad Peak (8051m). Climbed three loops up and down to Camp 3 at around 7000m. We had a good time in early season with lot’s of snow, but therefore we were the only expedition in the whole Baltoro region, which made everything kind of unique and really enjoyable. When the first teams for the 8000m peaks arrived we changed to Masherbrum Basecamp, which lies on a green terrace just above the wild Yermanendu Glacier. An oasis of bouldering and highlining right below the intimidating Northeastface. But this place had its price. The porters striked lower down and we had to carry up everything by our own.

However, the day arrived, we’ve all been dreaming for a long time. We felt ready to assume the risk of going for it. And we did. But after 350m of easy climbing during really bad snow conditions and surviving two avalanches, we recognised that there is no chance to get to the summit this time.

Forced to turn back we arrived to Basecamp the same day. While waiting for two more weeks the conditions on the mountain got even worse. It was snowing for more than one week and I still here the drumming noise of the avalanches going down the face.

Finally we had to take the decision. It’s always hard to accept that the mountain is stronger. But after more than 8 weeks in high altitude our bodies were worn out. We packed down our Camp and walked back along the moraines of the Baltoro Glacier to Askole. The Masherbrum Northeastface remains unclimbed and I will come back in future.

Thanks for the pics to Manuel Ferrigato and Mungo Hanslmayr. Furthermore to the rest of the gang (Alfi, Andreas, Othmar, Roland) and Servus TV/Red Bull. 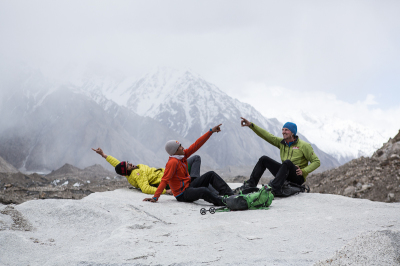 Good vibes on the trek to Broad Peak Basecamp. 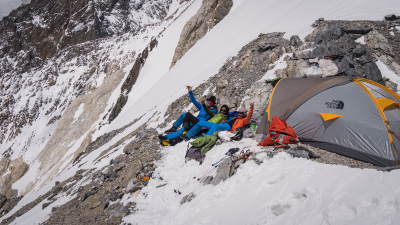 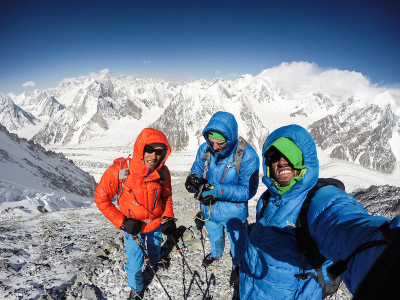 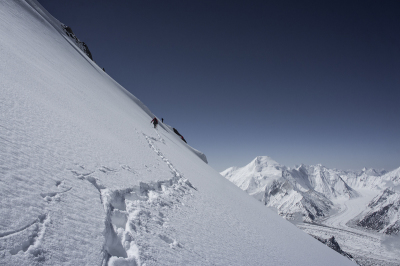 At 6800m on Broad Peak. Chogolisa in the background. 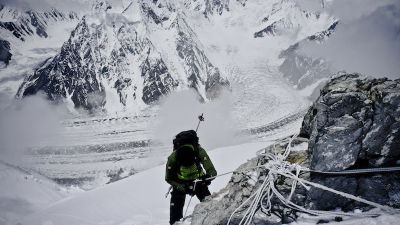 So much trash on the mountain. 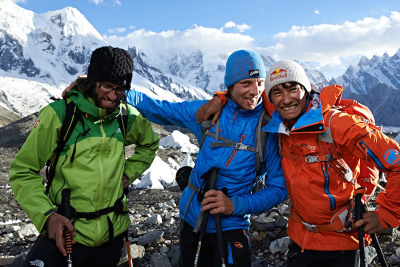 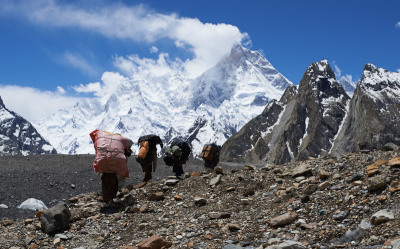 The porters and our project. 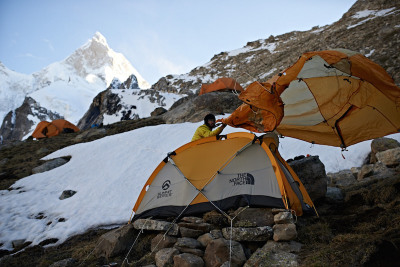 Establishing Masherbrum Basecamp. Too much work … 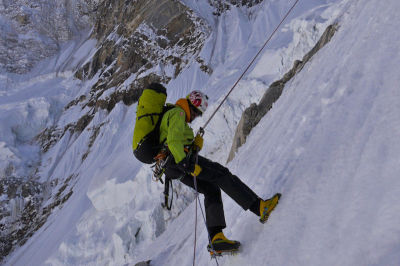 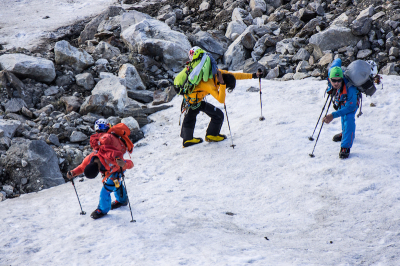 Totally exhausted on the way back to Basecamp. Knocked down by the huge dimensions we experienced. 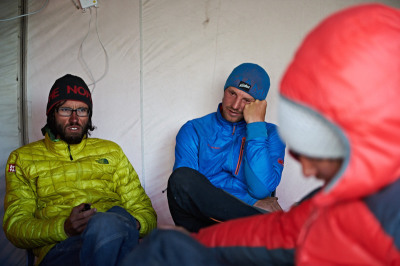 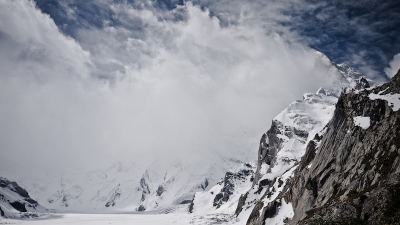