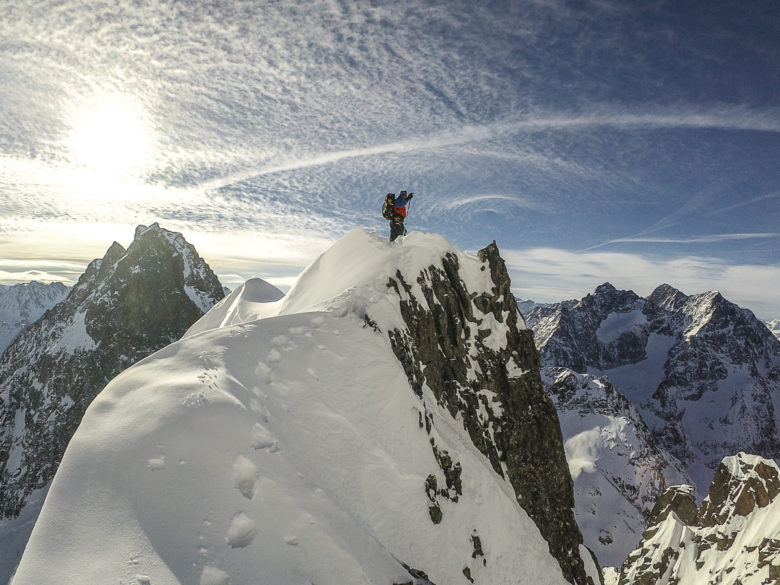 From March 14 to March 17 my brother Matthias and I managed to traverse the main part of ‚Kaunergrat‘ in winter. This ridge line in North-South direction hosts some of the wildest peaks of the Ötztal Alps. The project to connect the nine most important summits from ’Kleiner Dristkogel‘ to ’Rostizkogel‘ in winter by following the main ridge line was in the back of our minds for the last two years.

The process of dreaming, planning, thinking but also hesitating and being plagued by inner turmoil about a climbing project is often the most intense part of the whole journey. And to share all that with a brother implies an even higher level. With his family in mind the mountains of the Himalaya are not a goal to tackle at the moment for Matthias. His feeling of responsibility for his wife and his son is just too strong. So we were looking for something in the backyard of our home and we came up with the idea of this wintery ridge traverse. We just had to wait for the right moment, which provided good weather and at least useful climbing conditions. Our plan was to do it without any stashed gear and no other support, carrying everything with us. To make the approach and descent possible we used snowshoes.

Difficulties up to grade UIAA 5- on rock, many exposed, steep and corniced parts and also some hard digging through deep snow challenged us a lot but doesn’t really express what we experienced while being out there. In total the mission took us 38 hours of climbing spread over four days. However, this project showed me once again how, at times, grades and numbers can mean not very much in alpinism.

Summits from North to South: 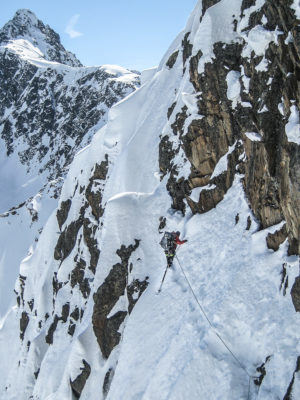 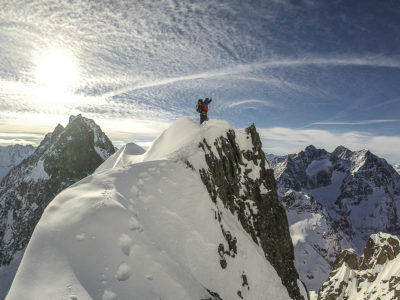 Matthias in his element. © Hansjörg Auer 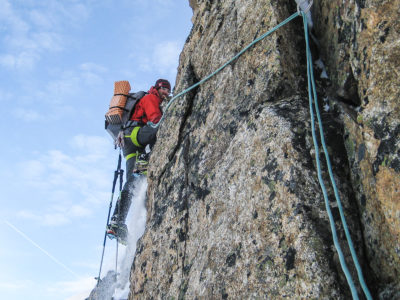 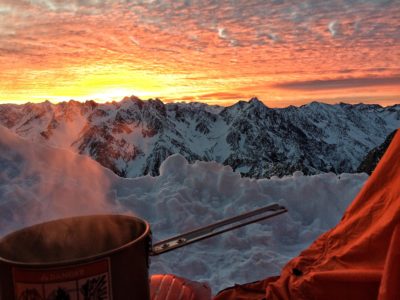 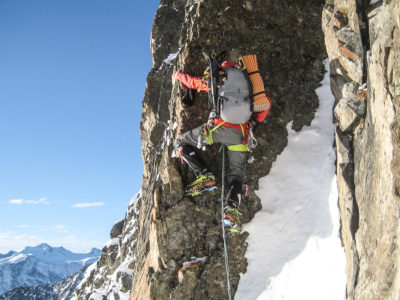 On the upper part of Verpeilspitze Northridge. © Matthias Auer 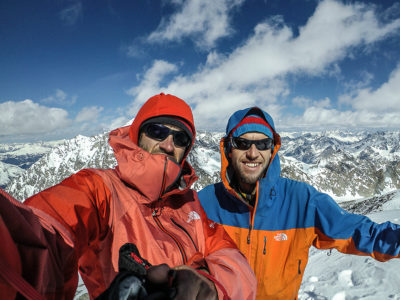