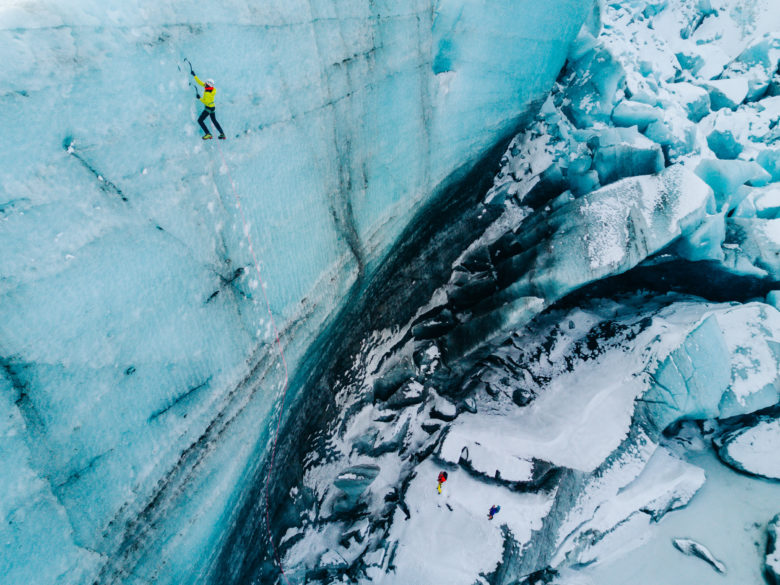 Sometimes before going on a climbing trip I check out the official website of the country. So I did for Iceland, where I´d planned an ice climbing adventure with my friends from ‚The North Face America‘.

„Iceland is a country of sharp contrasts. A place where fire and ice co-exist. Where dark winters are offset by the summer’s midnight sun. A country where insular existence has spurred a rich and vibrant culture.“

But honestly I´ve to say it´s much more. I was not expecting such a great landscape, couldn’t imagine that strong power of the Northern Lights and furthermore the glacial ice formations which we found were simply amazing. It was such a cool climbing trip on which we were exploring nearly every day a new area on the southeast coast of the island. Glacial ice climbing is not about to conquer this wall or that cave. The glacier is changing his face from time to time anyway and what you climb now will be gone in a few weeks and will be there in a different formation. It’s more like being a kid, jumping on whatever you’re up to and which line inspires you the most. One of those days:

„The ‚Blue Wall‘ of the huge Vatnajökull Glacier is the most eye-catching part from a climbers perspective. At the very end of the massive ice landscape floating down from the Icelandic higher plateau it breaks down for more than 100 feet in slightly overhanging angle. Got my ass kicked being the first one up with some spicy one arm swing-outs high above my last screw and a final whipper which reminded me of spanish limestone. After I got down it was clear to succeed it would take some finely tuned and sharpened ice tools and crampons. On the next day I did the line first go and Sam put up another route on the virgin part just right of it. Above the ‚Blue Wall‘ we then explored the ‚Five Finger Moulin‘. An awesome and impressive place to climb next to waterfalls, on some fine and exposed ice ridges and all this on the bluest glacial ice I’ve ever seen. Iceland keeps giving.“ 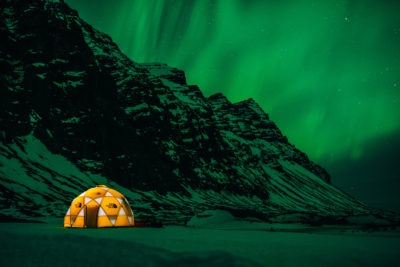 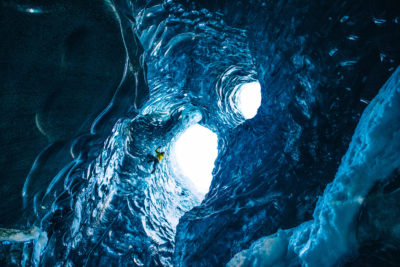 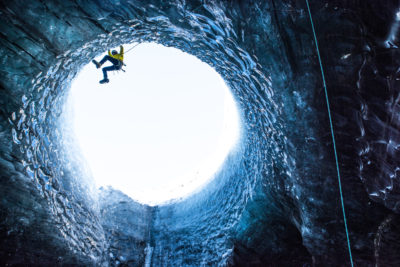 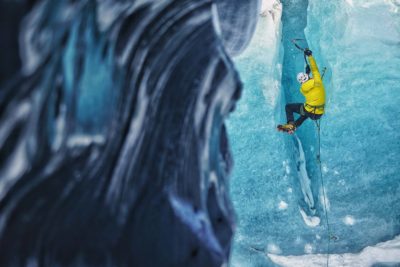 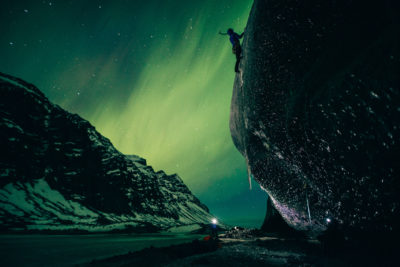 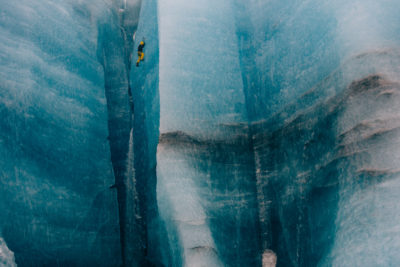 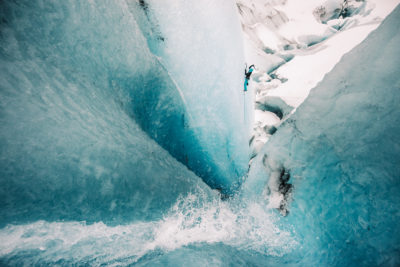 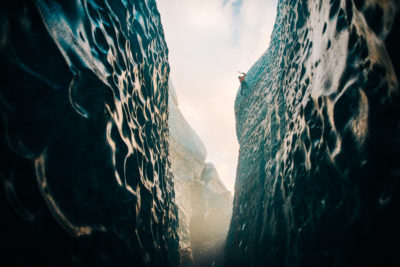 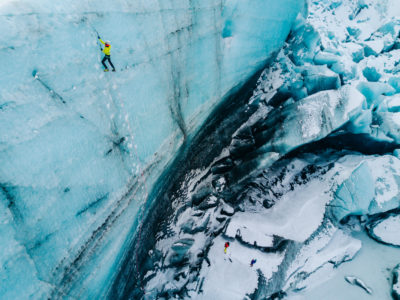 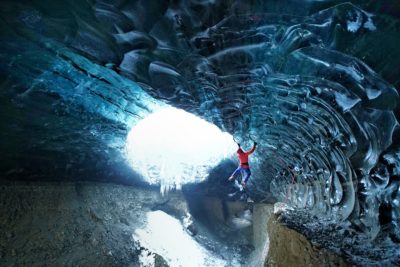