Double »A« – Andromeda and Ama Dablam

I teamed up with Belgium’s Siebe Vanhee to make a rare repeat of Andromeda, the route first ascended without bolts to the right of the Fish route on the South Face of Marmolada by Maurizio Giordani and Rossana Manfrini in 1989, and freed by my childhood idol and climbing instructor Roland Mittersteiner in 1991.

“Congrats to Maurizio Giordani for opening the line 30 years ago by using around 25 pitons only. And it’s crazy to think how strong Mittersteiner was climbing in those year.“ 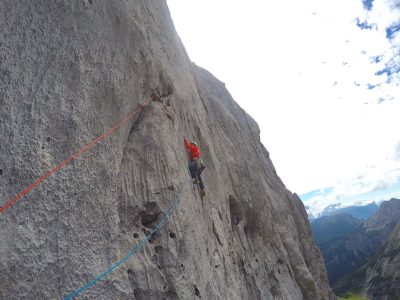 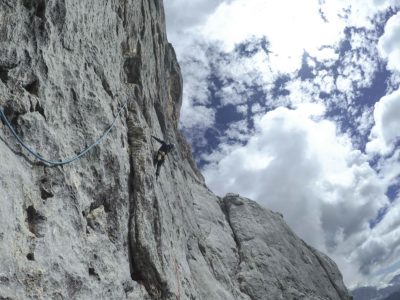 Siebe figuring out the way higher up. © Archiv Auer 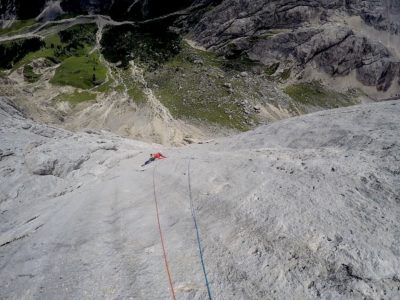 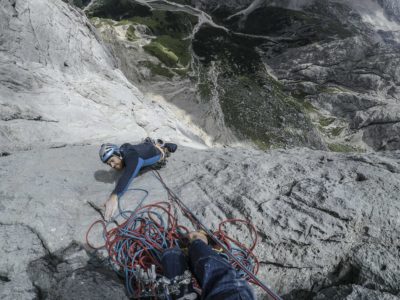 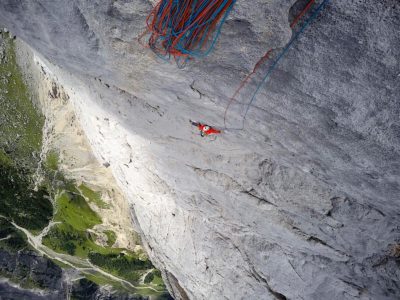 This is for sure the hardest single move of the route. © Archiv Auer 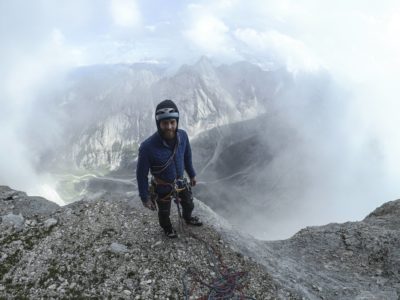 It’s maybe one of the most stunning mountains in the world. Ama Dablam, the Matterhorn of Nepal, rises above the world famous monastery of Pangboche. Ama Dablam means „Mother’s necklace“. The long ridges on each side like the arms of a mother (ama) protecting her child, and the hanging glacier thought of as the dablam, the traditional double-pendant containing pictures of the gods, worn by Sherpa women.

“Alex, David, Mungo and myself summited Ama Dablam on October 15 via the Southwest Ridge and bivied on top. A really windy but unforgettable night right in front of the giants Everest, Lhotse and Makalu. On our summit day we helped the ‚fixing-guys‘ putting up their ropes between Camp 2 and Camp 3 as we saw them struggling with their work and furthermore we knew that some of the commercial expeditions down in basecamp were already about to launch their ascent. The decision then not going to Annapurna III was by far not easy but the right one. It was the end of a dream but not the end of so much more to come.” 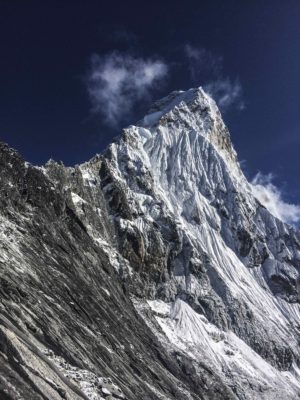 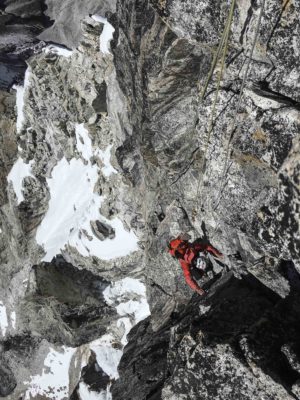 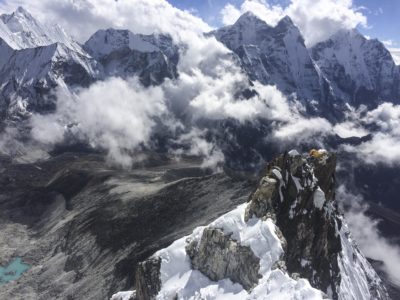 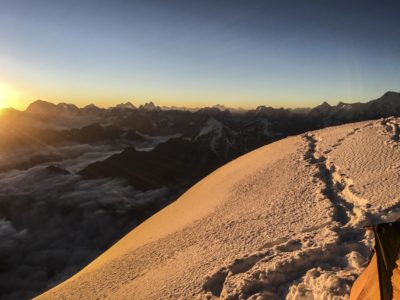 Sunset on the summit. @ Archiv Auer