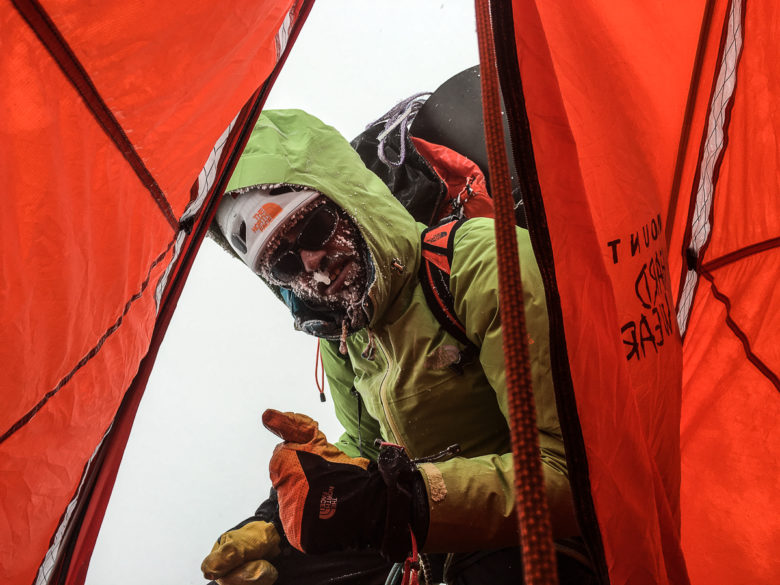 When arriving home from an unsuccessful expedition, I prefer to keep to myself and reflect. A short summary of our expedition, however, follows:

After pre-acclimatising in Zermatt/Valais Alps David, Alex and myself flew to Kathmandu early April, soon establishing Basecamp at 4600m between Annapurna III and Annapurna IV. Like previous expeditions we took the helicopter to achieve this. Nick Bullock, an alpinist who was there in 2010, described the area as follows and I couldn’t do it any better: „It’s one of the most special areas in the Himalayas. In fact the place has only ever had a handful of very privileged people enter beyond its steep entry walls or the very inaccessible sheer cliffs of the Seti Kola Gorge and it soon becomes obvious by the fact there are no paths, tracks, feet-worn formations, human detritus or markings of any kind. The moraine between the top of the Seti Kola gorge and the col at the head of the cirque is a massive untamed jumble filled with icefall, tumbling blocks, fins of towering rubble, minarettes, spires of rock and grass meadow. All of these are virtually untouched by human hand.“

After three acclimatisation rounds on the Annapurna III East Ridge with a highpoint of 6000m we felt ready to give the Southeast Ridge a try. During three days we climbed a possible new highpoint (around 6500m) in really difficult and exposed terrain. But in the end the weather was not on our side and forced us to retreat. After another bivy and many rappels we were back at the glacier. Exhausted we hiked back to Basecamp. Unfortunately, we didn’t get the chance for another try due to heavy snowfall and even more humid conditions after that. It was a hard but inescapable decision to finish the expedition. With a last glance up this great line on Annapurna III we left the mountain mid May.

Thanks to David and Alex for the great time in this amazing mountain range, to Mungo and Menk for capturing our activities and to Flo for raising the money. Back in Nepal this fall for another high altitude session. 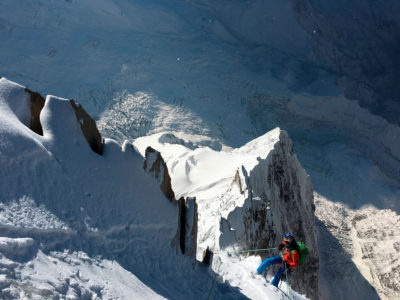 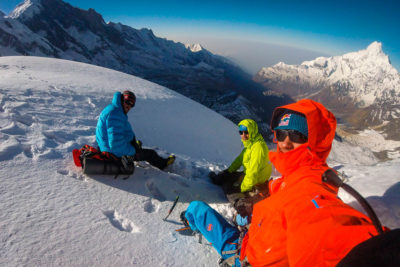 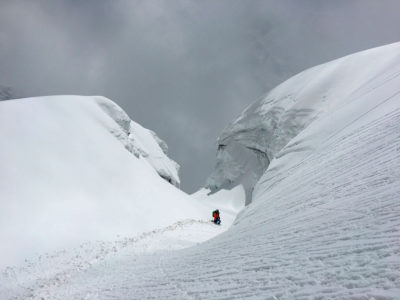 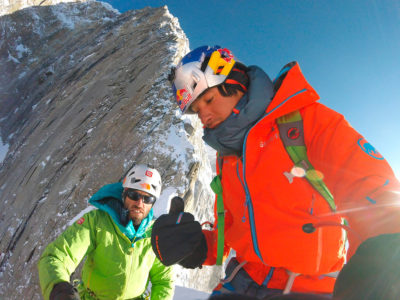 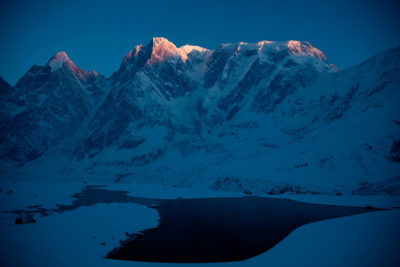 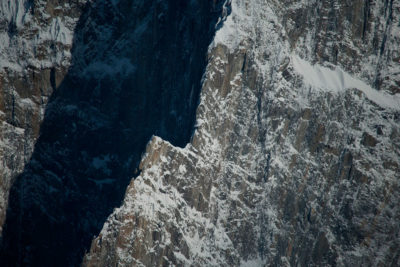 Long lense shot of the south east ridge of Annapurna III from Basecamp, the climbers are visible as tiny spots on the lower end of the ridge line. // Menk Rufibach / Red Bull Content Pool 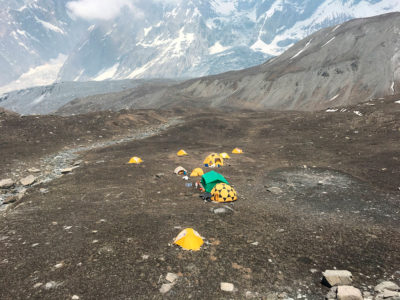 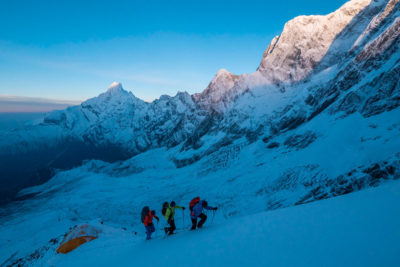 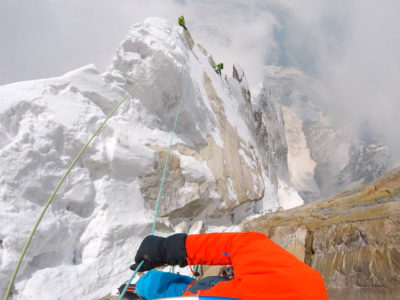