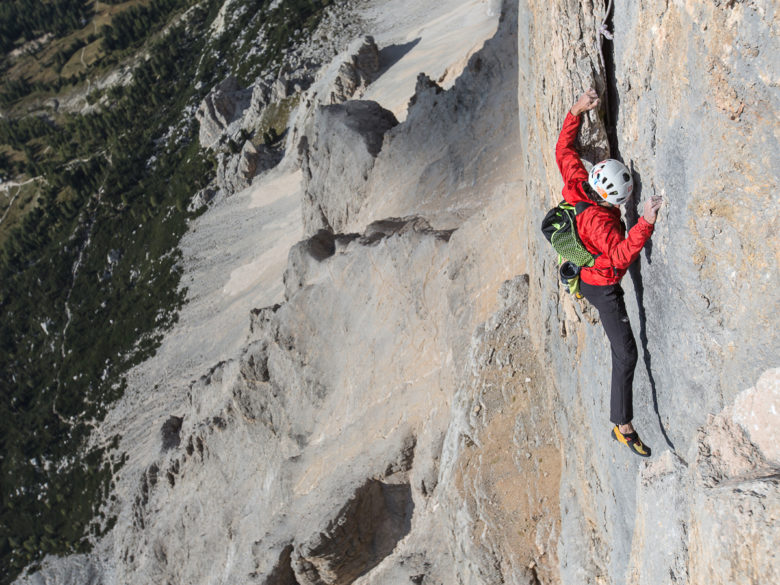 On the morning of August 8th 2016, I embarked on my adventure with a few essentials: my small paraglider, a light paragliding harness, my climbing shoes, a jacket, a pair of thin gloves, a headband and my chalk bag. My brother Matthias helped me as a supporter, watched me from the valley ground, looked where I’ve landed after every flight to provide me food and drinks.

In the cave, 15 minutes below Marmolada Southface, we had spent the night. While Matthias was still in his sleeping bag, I started up the „Vinatzer / Messner“ and reached Punta Rocca after two hours of climbing. I took my wing flew down and landed on the ski slope above Canazei. The „Abramkante“ should be the route on Piz Ciavazes Southface. Around noon I was at the end of this climb and crossed the Sella range by hiking over to Rifugio Pisciadu. There was my second take off. Unfortunately I already had to land in Corvara. The strong wind didn’t allow me to get any further. I felt already very tired and it was difficult for me to get the concentration to the right point when I started the long hike. Finally after many hours I reached the start of my last climb “Große Mauer“ on Sass dla Crusc Westface. At that moment I knew that I had already crossed my usual limit. The crux pitch felt not easy anymore and while climbing the famous flake traverse I was yearning for the end oft the route. After the final crack I felt relieved to see Matthias sitting on the rim waiting for me. He looked calm and relaxed, while I felt tired and exhausted. After 15 minutes walking we reached the summit of Sass dla Crusc together.

Twelve hours, three big faces of the Dolomites, two flights, many meters in the gravel and two brothers who enjoyed the sunset with three cans of beer on the summit of Sass dla Crusc. This was the day I had been thinking about in the past three years.

Approx. 33km of distance, 3600 vertical meters. Combining the three elements of climbing, flying and hiking with a minimum of equipment. Free solo and with a lightweight wing in a 18l backpack on my back (no stashed gear). 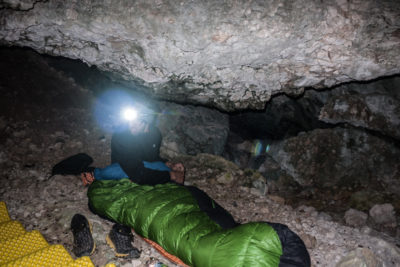 In the cave, 15 minutes below Marmolada Southface, I had spent the night. © Archiv Auer 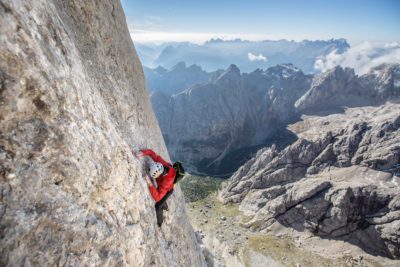 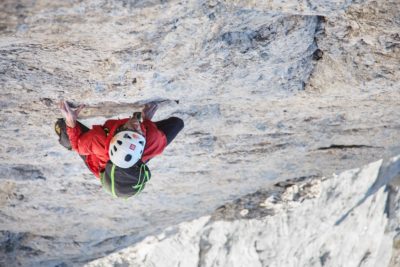 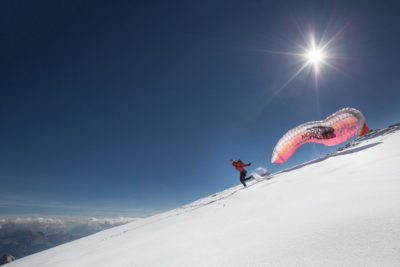 I then flew from the Marmolada Punta Rocca Summit and landed on the ski slope above Canazei. © Matteo Mocellin / Storyteller Labs / The North Face 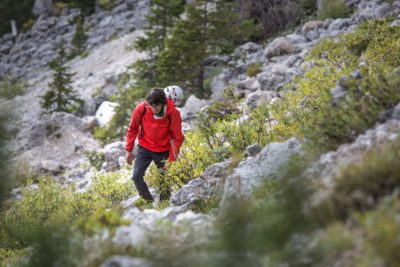 I hiked across the Sella Mountain Range and started climbing the “Abramkante” (500m/UIAA 7-). © Matteo Mocellin / Storyteller Labs / The North Face 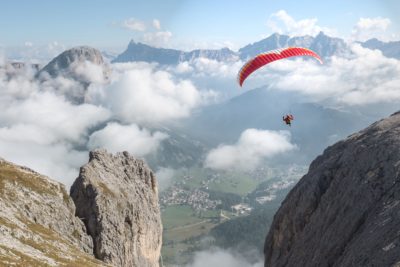 I took off for my second flight. But the strong wind did not allow me to fly any further than Corvara. © Matteo Mocellin / Storyteller Labs / The North Face 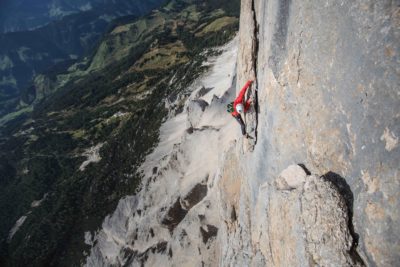 The “Große Mauer” (300m/UIAA 7-) on the Sass dla Crusc Westface pushed me beyond my usual limits. © Matteo Mocellin / Storyteller Labs / The North Face 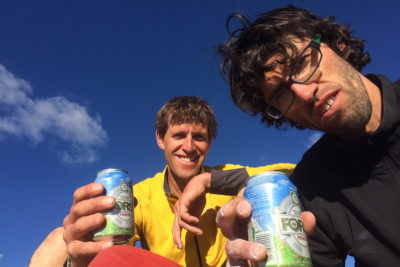 Two brothers who enjoyed the sunset with three cans of beer on the summit of Sass dla Crusc. This was the day I had been thinking about in the past three years. © Archiv Auer